We originally planned to only spend 9 or 10 days in Laos before crossing into Vietnam, but this plan changed when we felt we hadn’t got to see enough of the country. Before visiting we have to admit we knew nothing about Laos, it turned out we think it’s amazing. The landscape is ridiculously photogenic and the people are so friendly and laid back but unfortunately the tourism here is depleting. Laos P.D.R officially stands for People’s Democratic Republic, but the locals will tell you it means “Please Don’t Rush”. 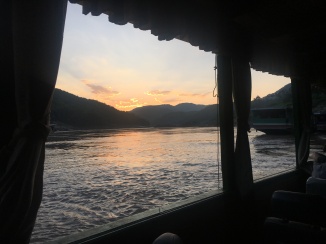 We arrived to Laos by 2-day slow boat from Thailand, the first day it was a novelty and some drinks were consumed, making the second (much longer 8 hour) day a little more painful. The boat was furnished with a mix of old car and plane seats that were in no way attached to the boat itself, holding about 200 locals and tourists it slowly made its way along the Mekong river. 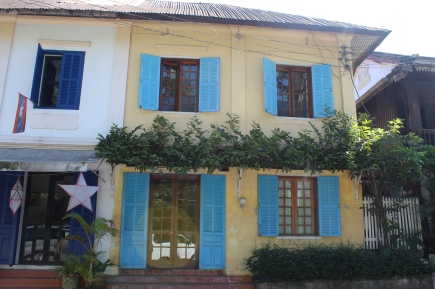 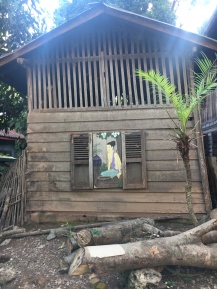 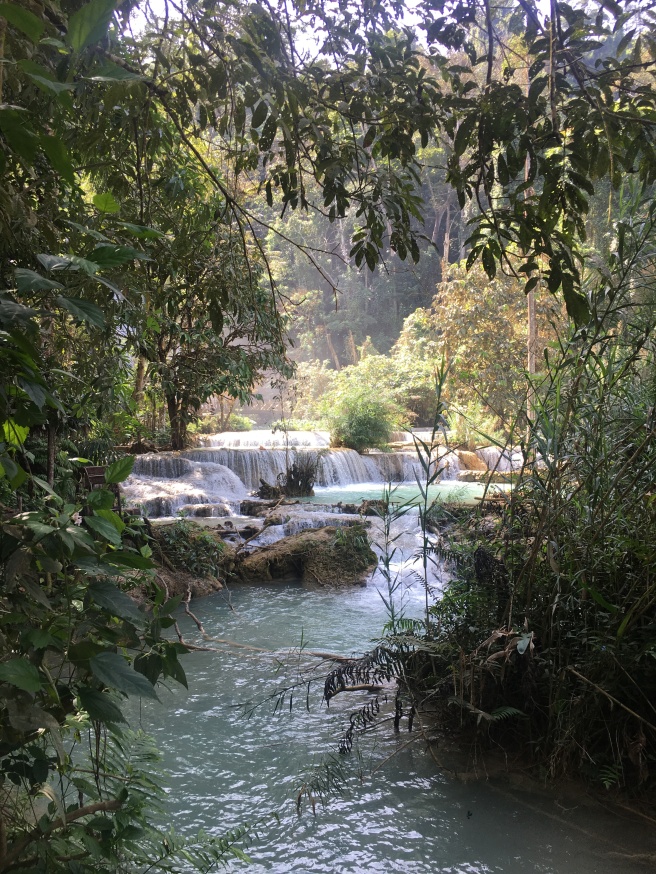 Eventually we arrived in Luang Prabang, a picturesque French-influenced town; shuttered chateaux and patisseries fill the Main Street. We spent a few days here with some great friends we had met on the boat, exploring waterfalls and going bowling (this is the late night activity that tourists take part in as it’s the only place open in town after the 11pm curfew). 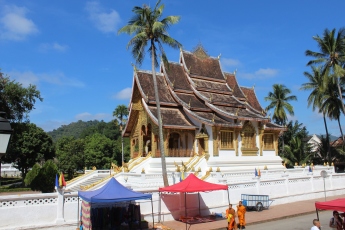 One morning in the pouring rain, we made our way out before sunrise to see the Collecting of Alms, a sacred tradition where the monks come from every temple in the town to receive an offering from the local people, it was competely silent, a surreal event to witness but definitely worth the early wake up call, and monks walk a lot quicker than you would think! 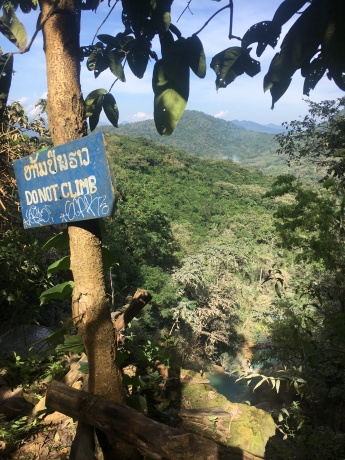 From Luang Prabang we said goodbye to the tourist trail (which heads south) and got on our first Laos bus to Nong Kiaow, a stunning mountain town where the children high fived us as they rode by on bikes, always keen to say “Sabadee!”

After the beautiful mountainous views of Nong Khiaw it was quite a shock to  move on to our next grey, concrete town of Sam Neau which borders Vietnam. Here we were the only tourists and no one spoke English, which resulted in Ella ordering both a beef soup for lunch and pork rice for dinner. It is a surreal government ghost town with communist monuments, concrete buildings and neon lighting.

It ended up being worth the visit as from here we visited neighbouring Viang Xai which was fascinating; a set of caves that had housed 20,000 people during the “secret war” where America dropped 20 million tonnes of bombs on Laos over 9 years. Inside there were bedrooms, bomb shelters, a school, and even a hospital. People lived and worked there, couples got married and the communist revolutionary leaders held their meetings within the caves that were all linked by narrow halls (hence the bust of Lenin pictured below). We knew nothing about this Laos history and it was really interesting but upsetting to learn how the country is still devastated by this war 40 years later. Only 0.05% of the undetonated cluster bombs (UXOs) have been removed so they litter Laos countryside, meaning a lot of the people are trapped in poverty as they are unable to farm on their own land for fear of bombs exploding. When you are exploring in the mountains there are strict signs explained to stick to the paths explaining that there are “unexploded bombs in this area”. There are many UXO centres explaining about the bombs and what devastating injuries they have caused to UXO survivors, many of whom are only children as the bombs have exploded whilst they are playing nearby. 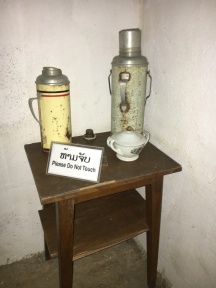 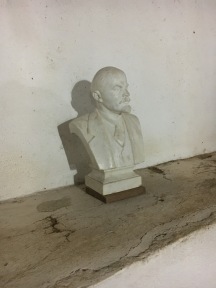 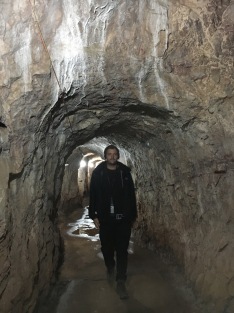 As we said, our plan here was to cross into Vietnam but we changed our minds (the eeriness of Sam Neau had not put us off!) we wanted to see more of Laos and what the country had to offer, so we did a major U-turn and headed south…